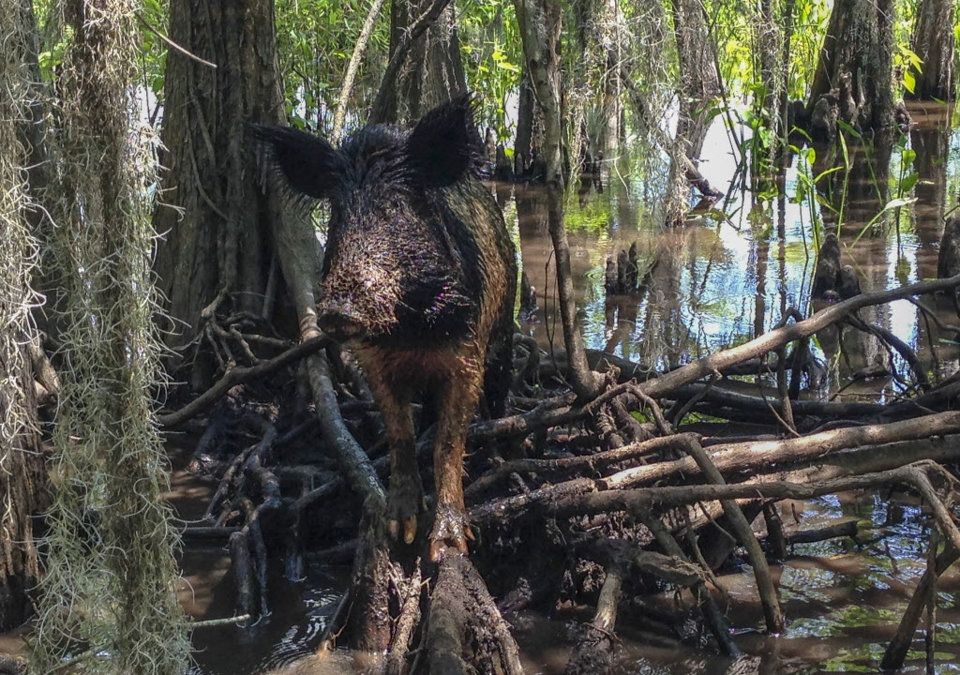 Feral hogs are an invasive species present in at least 35 states, according to the United States Department of Agriculture. They cause billions of dollars in crop damage each year, and their rooting causes widespread and lasting environmental damage, according to the USDA.

Hogs are omnivores, eating just about anything including plants, small animals and carrion.

If you got these guys (wild hogs) then you need this guy ( Digital Crosshairs 1000 Night Vision Clip-on). Turn any rifle scope into a digital night vision scope in less than one minute with night time vision over 200+ yards.